hire a moving service or rent a moving truck?

Showing Appreciation To The Movers: 4 Tips On How To Tip

The movers that you have hired to help you move all of your furniture and household items from your old home to your new home do a lot of backbreaking labor. Think about it. The average weight of a 2-cushion or 3-cushion sofa is roughly 200 to 250 pounds, and the average weight of a dishwasher or a drying machine is roughly 150 pounds. Even with the appropriate tools and equipment, that's still a lot of work. After everything is said and done, you should highly consider tipping each worker for their hard work and efforts. Most people are unaware of what the tipping etiquette is for professional movers. Here are 4 tips that will get you on the right track.

If you have a lot of stuff that needs to be moved and the moving process is going to take up a full day's work, consider buying the workers lunch. It's not only a nice gesture, but it also helps speed up the moving process, as the workers won't have to go out to buy food for themselves. Some people will consider buying lunch in lieu of giving a tip, whereas others will buy the workers lunch on top of giving them a tip. You can go with whatever is most comfortable for you.

If you do decide to buy everyone lunch, you should always ask the workers whether or not they have any preferences, and give them several options. Most people's go-to option is pizza, so you can imagine just how sick of pizzas the workers may be.

When tipping waitresses or waiters at restaurants, most people would opt to tip a percentage of their final bill; however, this may not be practical nor feasible when you are moving. The cost of hiring professional movers to move the contents from a 4-bedroom house from one town to the next will average out to around $1,800 to $2,500. This does not include any additional surcharges or fees that may be associated with packing. Needless to say, a percentage of the final bill will cost you several hundred dollars. Because of this, many people are hesitant to tip their movers.

The best approach is to calculate the amount of time that the entire moving process took. A tip of several dollars per hour it took for each worker is more than appropriate.

Always Tip in Cash and Not Alcohol

At the end of the day, you might be tempted to open up some beers for not only yourself, but also for the workers; however, you should never tip professional movers with alcohol. Most professional moving companies will have a policy against drinking on the job. It may also open up  liability issues should an accident occur. Some people have also attempted to tip workers with items. Once again, this is not a good idea because there's a good chance that there's a company policy against receiving gifts.

Always tip the workers in cash.

Give Each Mover Their Tip Individually

Last but not least, make sure you tip each worker individually and separately. You should avoid giving a lump sum tip to the head foreman or to a single worker. This is due to several reasons.

For one, giving each worker their tip individually will give you a chance to thank each individual for his or her hard work, and recognize the amount of work that he or she has put in. This makes the tip seem a lot more personal. In addition, by tipping each worker individually, you can avoid dishonest workers that may be tempted to keep the entire tip amount for themselves.

With all of the hard work and effort that the movers do, you should really consider tipping them for their services. It not only gives them a little extra spending money, but it also shows that you recognize and appreciate their help during this stressful process. For more information about working with a moving company, check out websites like http://www.hollandermoving.com/. 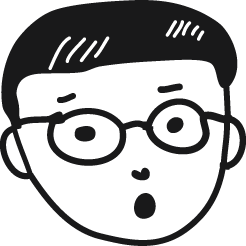 When the time comes to move, do you rent a moving truck and do the work yourself, or do you hire a moving service to help you through it? Is spending the money on a full-service moving company worth the investment? How many friends do you have that you can count on to help you move? This blog will show you what you should consider before you decide to take on the challenge of moving yourself and advice for finding a moving company that will provide you with the services that you need for the contents of your home and the distance of the move.